A compelling film about one family’s journey to understand and seek help for their son’s emotional instability and erratic behavior.

Based on a true story.

No Letting Go is a dramatic, independent feature film based on the real-life story of producer and co-writer Randi Silverman and her family.

Determined to give voice to the millions of families who suffer alone and in silence, Randi used her own very personal experiences raising a young child who was diagnosed with a mental health disorder to create true to life characters, scenes, and dialogue that honestly reflect the struggles so many families face.

No Letting Go was made to shine a light on the devastating impacts of untreated childhood mental health disorders in an effort to create community conversations, end the silence caused by blame and shame, build awareness and understanding, and let families know they are not alone.

The producers of No Letting Go have partnered with The Youth Mental Health Project, a nonprofit 501(C)(3) organization, to bring the film to as many communities as possible in an effort to educate, empower, and support families and inspire dialogue needed to lay the important foundation for early intervention and prevention.

No Letting Go was released theatrically in both New York City and Los Angeles during March 2016. The film screened 5 times each day for a full week in each location. The premier screenings in each city were followed by a question and answer session with the filmmakers and were completely sold out. Actors, fans, reviewers, and mental health advocates from National Alliance of Mental Illness, Mental Health America, The Child Mind Institute, Brain and Behavior Foundation, The International Bipolar Foundation, Fountain House, Gould Farm, The Harris Project and Community Access came out to support the film and its message. 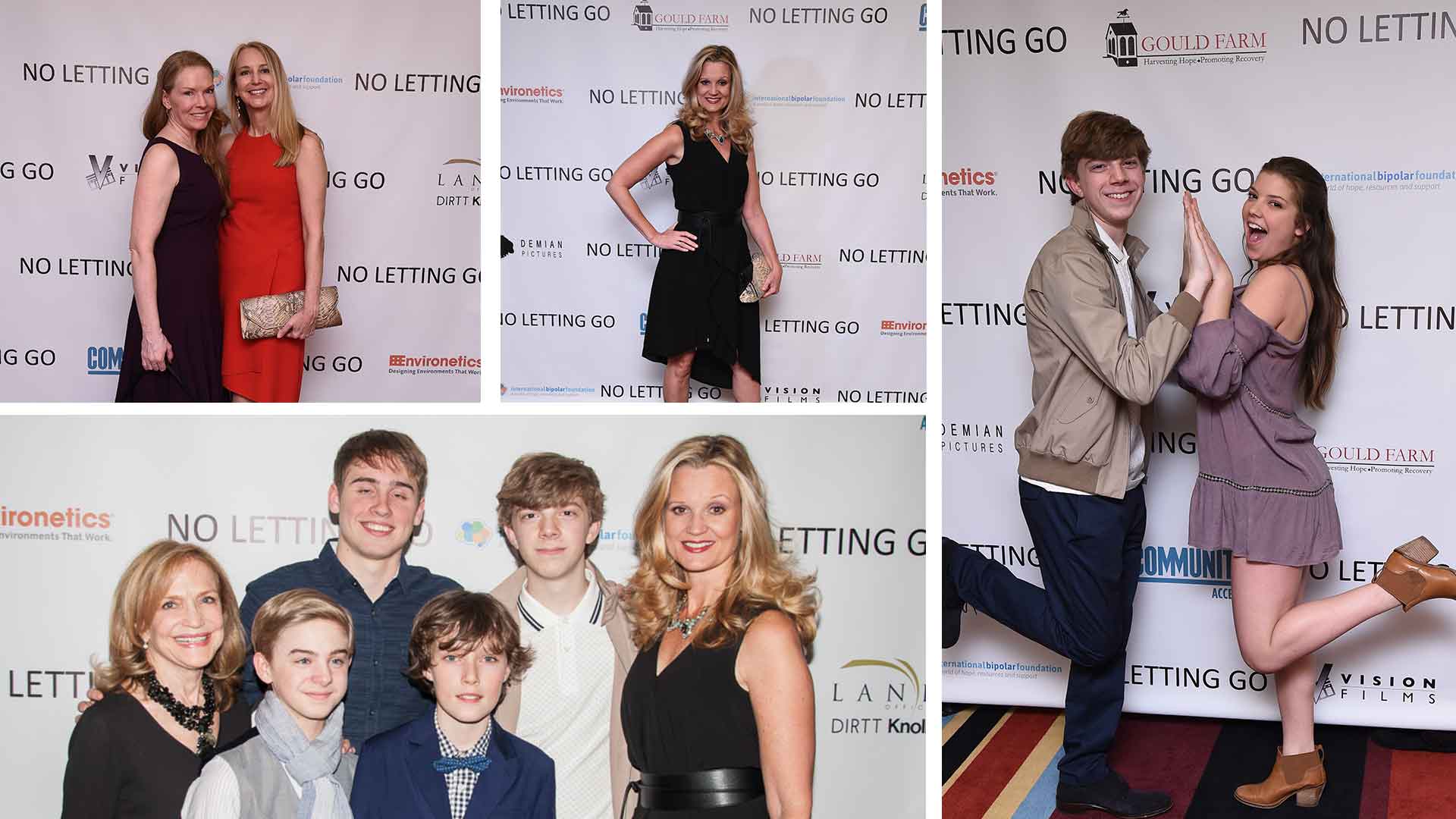 Contact us to volunteer or host a screening in your community.