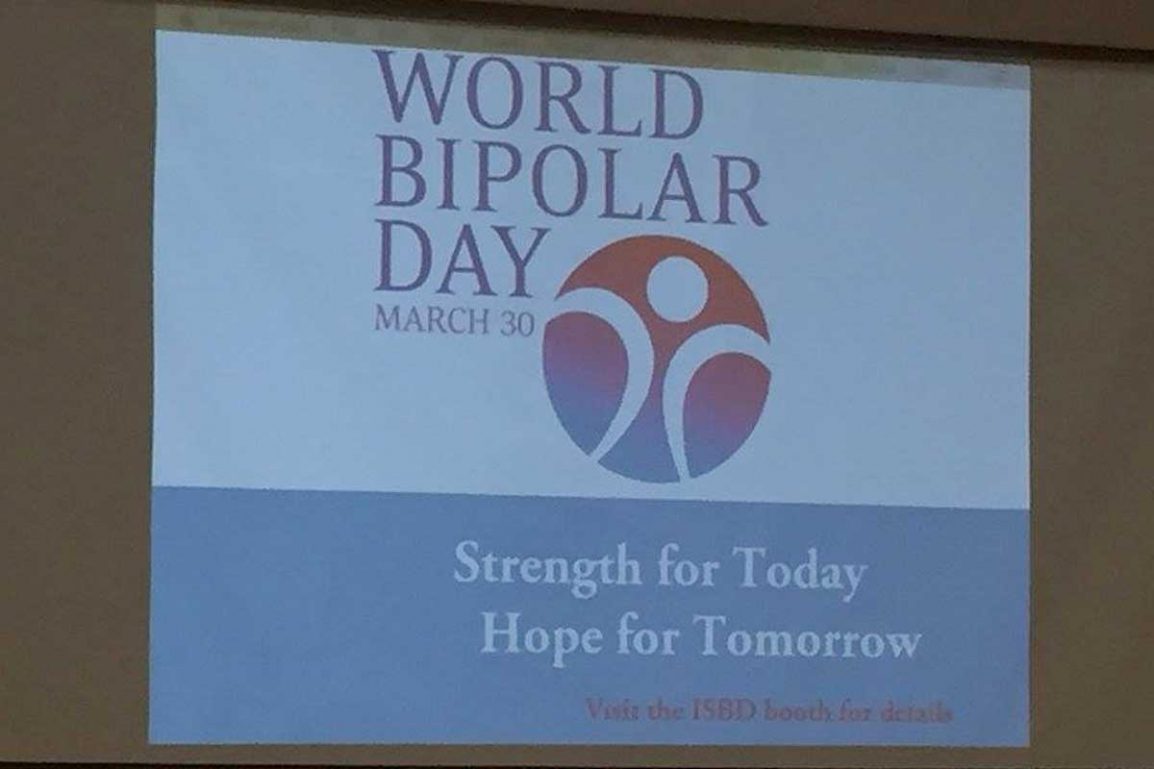 (3-30-16) Today is World Bipolar Day and I was happy to participate in a recent news conference at the U.S. Capitol held by the International Bipolar Foundation to call attention to the need for more research, understanding, and public education about bipolar disorder. In commemoration of today, two new films about bipolar disorder are being publicized: Touched with Fire and No Letting Go.

Filmmaker Paul Dalio showed the movie trailer at the press conference for his film TOUCHED WITH FIRE. It stars Katie Homes and Luke Kirby playing the roles of two poets, both of whom, have been diagnosed with bipolar disorder and feel more creative when they are manic and off their medications. Soon, both find themselves sinking in a world of delusions and self-destructive behavior. After a suicide attempt, Katie’s character realizes that she is ill and seeks help and stability, while Kirby’s character refuses to think that he is “defective” and struggles, arguing that his illness is a “gift” because he sees the world differently from others.

Dalio wrote, directed and scored the music for his film which is based on his life. He credits the nonfiction book, Touched With Fire by Dr. Kay Redfield Jamison with helping him see his mental illness through a more hopeful lens. Jamison plays herself in a cameo and explains in the film to actor Kriby — the poet who refuses to take his medication — how she eventually found a way to control her symptoms with medication without sacrificing her creativity or becoming flatlined emotionally. Dalio said Jamison’s book inspired him because it showed the link between creativity and bipolar disorder, which became a major theme in Dalio’s film.

“When out of all the poets who received the Pulitzer — the prize awarded to those who made the biggest contributions to the human spirit — 38 percent of them were bipolar, how can we simply label it a human disorder? Think how much more they could contribute to the human spirit if they knew it could be used as a gift to humanity, instead of something to hide from humanity?”Paul Dalio / Filmmaker

A case manager from Green Door, one of Washington D.C.’s best mental health providers, said during a brief Q and A at the press conference that she had a difficult time seeing the connection between the love struck poets in the film and her clients who had co-occurring disorders, were homeless, delusional, and suffering. Dalio explained that many individuals with bipolar disorder feel hopeless and refuse to accept treatment when they are told that they have an incurable disease — a defect — that makes them feel less human. His motivation was to give others with bipolar disorder hope and help them accept their illnesses by viewing it as being a part of their identity – something they can learn to control and possibly use to their advantage.

The other feature film that premiered this month is — No Letting Go — which you can watch by visiting its official webpage. Starring Cheryl Allison and Richard Burgi, the movie was written and produced by mental health advocate Randi Silverman, the mother of three children, one of whom, has bipolar disorder. Silverman’s film looks at the anger, resentment, confusion, and destructiveness that can destroy a family when a child begins showing signs of bipolar disorder. In a strong endorsement of the film posted on The Huffington Post, Dr. Lloyd I. Sederer, writes:

“The film shows us how, unlike with physical illness, mental disorders can often pit family members against one another, profoundly disrupt the lives of all those close to the ill child, evoke condescending and gratuitous judgments from friends, relatives and educators, foster discrimination and bullying at school, and engender horrific doubt and guilt in all those intimately affected.

Tim was a sweet child; but over time that sense of him was at risk of being lost as his illness progressed and he descended into mental illness. His parents tried but they could not control his behaviors, and nor could he. Through this film we go deep inside this family, a mark of great courage by the writer/producer who was telling her own story — and thus the story of every family with a child with a serious mental illness — without sentimentality or evasion. The film is perhaps one of the best primers I have seen for families, and they are legion, facing similar problems.

As a psychiatrist and public health doctor who has worked in my field for over 40 years I struggle to explain mental illness to families (and to those who are ill). Countless books and articles are available and try. But nothing is as powerful in conveying information that touches the heart as is a story. And a story visually portrayed, with an arc that takes us on a painful ride from which we emerge with hope, is a beautiful thing.”Dr. Lloyd I. Sederer / Huffington Post

I was introduced to Randi Silverman at a IBF press conference last year by Alisa Bernard, the IBF’s tireless Washington director of advocacy, and when I watched an advanced copy of No Letting Go, I was immediately struck by how perfectly the film captures the sheer frustration, fears, and barriers that a parent faces in trying to help ease the suffering of an ill child. Unlike many Hollywood dramas, Silverman is too honest to resolve all of the problems that the film presents with a fairy tale ending yet she finds a way to offer audiences hope through her realism. Few films that I have seen about mental illness are as spot on, which is no surprise when you realize Randi is telling her own family’s story without sugar coating. Her frankness is what Dr. Sederer and I both found captivating, compelling and poignant!

In addition to making films, Randi is the co-Founder and Director of Parent-to-Parent Support Group, a support network for parents raising children with issues of anxiety, depression and/or mood disorder. Parent-to-Parent has served over 400 families in the New York City Tri-State Area since 2011. A former practicing attorney, Randi’s speciality is helping parents advocate for the educational needs of children of all abilities.

Sederer ended his review by writing:

“No Letting Go is an alternative, a master class, to many fine books for parents, families and friends facing mental illness in a child and who need to appreciate how these conditions perplex, confound and cause pain. And its message of not letting go, never giving up, is one we all need to hear and see. No Letting Go screens in New York City and Los Angeles, and then goes on Video on Demand at the end of March. Watch it and tell others about this film – for that may be the gift they need to help them face mental illness and find a path to recovery.”Dr. Lloyd I. Sederer / Huffington Post

I found myself recognizing scenes from my relationship with my son, Kevin, in both movies. He watched Dalio’s film with me and when it was over, I asked him what he thought. I was interested because there were scenes in the movie that mirrored the arguments and explosive moments that we had when he was psychotic — including several that were very difficult for both of us to relive.

“It reminds me of how far I have come in accepting and understanding myself and bipolar disorder,” he said, “and how far we have to go to help others who are still struggling.” Touched With Fire shows Bipolar Disorder from the perspective of two poets